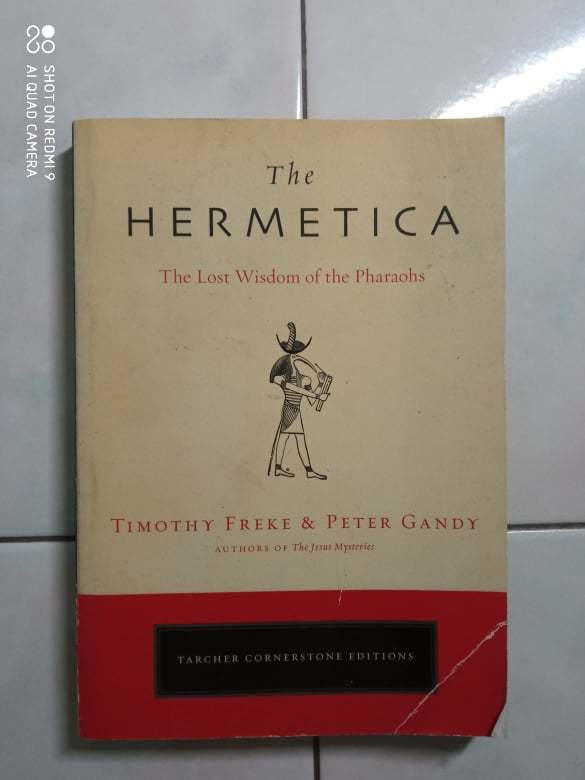 The Hermetica: The Lost Wisdom of the Pharaohs

The Hermetica is the first easily accessible translation of the forgotten Egyptian classic that inspired some of the world's greatest artists, scientists, and philosophers, including Blake, Newton, Raleigh, Milton, Shelley, Shakespeare, Botticelli, Kepler, da Vinci, and Jung. Influencing the Egyptians, Greeks, and much of Western thought, this work is credited to Hermes, an ancient Egyptian sage who lived around 3000 B.C. and so revered that he was granted the title "Trismegistus" meaning "Thrice-great."Providing a fascinating mystical introduction to the philosophy of ancient Egypt that has influenced and shaped our world for five millennia, The Hermetica is a book for anyone interested in this lasting civilization or in the knowledge of sacred traditions.